David and Daniel: beloved of God

Another man who has been recorded as having exceptional faith is the prophet Daniel. Like David he defied the power of the enemies of his people. In this case the Babylonians, who had taken captive many of the people of the nation of Israel to Babylon. He continued to worship the God of Israel and rose to prominence in Babylon because of his ability to interpret the dreams that troubled the King. 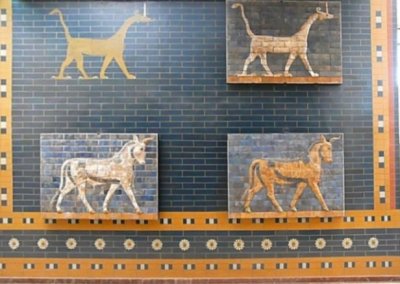 Despite this he came into conflict with those who were jealous of his favoured position in Babylon. They brought accusations against Daniel related to his worship of Yahweh. Despite the prospect of being thrown into the lion's den he continued to pray openly three times a day towards Jerusalem. His survival from the lions was evidence of great faith and trust in God and a witness to the people of Yahweh's power.

Daniel studied the Word of God, “the books”, that is the Law of Moses and the prophets and he specifically mentions Jeremiah. He sought knowledge and understanding. Why had the people of Israel been taken into captivity? He learnt that they had turned from Yahweh to worship other gods and sinned. He then pleads for his people. He seeks forgiveness for them and he wants to understand the prophecies that speak of their captivity and return to their homeland. He sought knowledge and understanding and constantly sought for the answers from the written Word of God. Notice the intensity of his feelings:

“to seek by prayer and supplications, with fasting, and sackcloth, and ashes.”

In the first year of his reign I Daniel understood by books the number of the years, whereof the word of the LORD came to Jeremiah the prophet, that he would accomplish seventy years in the desolations of Jerusalem. And I set my face unto the Lord God, to seek by prayer and supplications, with fasting, and sackcloth, and ashes:

And I prayed unto the LORD my God, and made my confession, and said, O Lord, the great and dreadful God, keeping the covenant and mercy to them that love him, and to them that keep his commandments;

We have sinned, and have committed iniquity, and have done wickedly, and have rebelled, even by departing from thy precepts and from thy judgments: Neither have we hearkened unto thy servants the prophets, which spake in thy name to our kings, our princes, and our fathers, and to all the people of the land.

O Lord, righteousness belongs unto thee, but unto us confusion of faces, as at this day; to the men of Judah, and to the inhabitants of Jerusalem, and unto all Israel, that are near, and that are far off, through all the countries whither thou hast driven them, because of their trespass that they have trespassed against thee. O Lord, to us belongs confusion of face, to our kings, to our princes, and to our fathers, because we have sinned against thee.

To the Lord our God belong mercies and forgivenesses, though we have rebelled against him;

Neither have we obeyed the voice of the LORD our God, to walk in his laws, which he set before us by his servants the prophets. Yea, all Israel have transgressed thy law, even by departing, that they might not obey thy voice; therefore the curse is poured upon us, and the oath that is written in the law of Moses the servant of God, because we have sinned against him. (Daniel 9: 2-11)

Daniel referred to Yahweh's mercy and forgiveness. He pleaded earnestly for his people. He sought knowledge and more than this he was given very significant prophecies related to his people and of the destiny of the nations up to modern times, as shown in the next quotation.

And whiles I was speaking, and praying, and confessing my sin and the sin of my people Israel, and presenting my supplication before the LORD my God for the holy mountain of my God;

Yea, whiles I was speaking in prayer, even the man Gabriel, whom I had seen in the vision at the beginning, being caused to fly swiftly, touched me about the time of the evening oblation.

And he informed me , and talked with me, and said, O Daniel, I am now come forth to give thee skill and understanding. 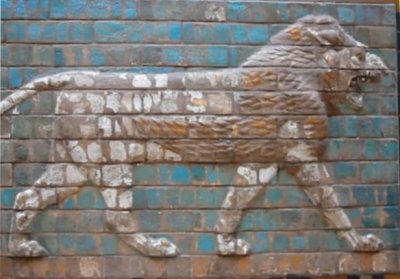 At the beginning of thy supplications the commandment came forth, and I am come to shew thee ; for thou art greatly beloved: therefore understand the matter, and consider the vision.(Daniel 9: 20-23)

On a second occasion Daniel was again told that he was “a man greatly beloved”. Daniel was then given a most important prophecy.

And he said unto me, O Daniel, a man greatly beloved, understand the words that I speak unto thee, and stand upright: for unto thee am I now sent. And when he had spoken this word unto me, I stood trembling.

Then said he unto me, Fear not, Daniel: for from the first day that thou didst set thine heart to understand, and to chasten thyself before thy God, thy words were heard, and I am come for thy words.

But the prince of the kingdom of Persia withstood me one and twenty days: but, lo, Michael, one of

the chief princes, came to help me; and I remained there with the kings of Persia.

Now I am come to make thee understand what shall befall thy people in the latter days: for yet the vision is for many days.(Daniel 10: 11-14)

NEXT PAGE... What set David and Daniel apart from others?
Pages: 1 2 3