1) 'Written for our Learning' 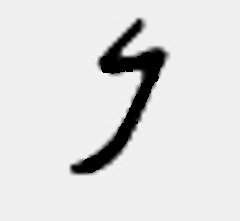 When people set out to write about the Bible they often make little reference to what is written in the Bible itself. They try to express what the Bible is saying in their own words and often end up confusing their readers. The Apostle Paul has very definite views on how to teach people to understand the Bible and he demonstrates this in his writings very clearly.

The following quotation from Romans 15 is Paul's advice to us to be patient in our search for understanding and that the scriptures, the Old Testament, is the key to open up the Word of Yahweh.

For whatsoever things were written aforetime were written for our learning, that we through patience and comfort of the scriptures might have hope. (Romans 15:4)

Paul's method is further explained in the next quotation. He desires to prove what he is teaching and to do this he reasons with his listeners. He uses the writings of Moses, the Psalms and the Prophets, which Y'shua told the leaders of Israel and his disciples to do

And Paul, as his manner was, went in unto them, and three sabbath days reasoned with them out of the scriptures, Opening and alleging, that Christ must needs have suffered, and risen again from the dead; and that this Jesus, whom I preach unto you, is Christ. (Acts 17:2-3)

Paul affirms that his source of knowledge was readily available.

The Apostle John states that the source of knowledge about Y'shua was readily available to the disciples, even though it was not at first comprehended by them in all its detail. They had to undergo a learning process to enable them to fully appreciate Y'shua's role in the redemption and salvation of the faithful.

These things understood not his disciples at the first: but when Jesus was glorified, then remembered they that these things were written of him, and that they had done these things unto him. (John 12:16)

Then he took unto him the twelve, and said unto them, Behold, we go up to Jerusalem, and all things that are written by the prophets concerning the Son of man shall be accomplished. For he shall be delivered unto the Gentiles, and shall be mocked, and spitefully entreated, and spat on: And they shall scourge him, and put him to death: and the third day he shall rise again. (Luke 18::31-33)

If we take a section from Paul's works, we can see how he applies his method of reasoning, supporting and proving what he teaches. He wants to convince his readers that what he teaches has a firm foundation.

We must agree that the Apostle Paul has had a tremendous influence on Christian thought through his extensive writings in the New Testament. This article wants to take a look at his source and the authority that is behind his conclusions and advice to his readers. The question is then how much do we learn from his methods and can it help us in our endeavours to find understanding.

The section of his writings that I want to consider is taken from Romans 9. We begin at verse 6 of Romans 9 and decide what the theme of this section is.

Not as though the word of God has taken none effect. For they are not all Israel, which are of Israel: Neither, because they are the seed of Abraham, are they all children: but, In Isaac shall thy seed be called. (Romans 9:6-7)

Paul is here saying that to be the seed of Abraham does not mean that they are the seed of promise. The promised seed was through Isaac. This is not Paul's idea but is based on the record in Genesis. Genesis 22:2,12., 16 is where Isaac is described as Abraham's “only son” despite the fact that Ishmael was an older son. In Genesis 18:9-14 Sarah is promised a son and this son, Isaac, was the only son of Abraham who was promised by Yahweh. Genesis 21 is quoted by the Apostle Paul in Romans 9 to confirm that Isaac was the promised seed.

And God said unto Abraham, Let it not be grievous in thy sight because of the lad (Ishmael), and because of thy bondwoman; in all that Sarah has said unto thee, hearken unto her voice; for in Isaac shall thy seed be called. (Genesis 21:12)

Paul goes on to explain that this principle also applied to Isaac's children. Jacob was to be of the chosen seed, not Esau. (Romans 9:12)

And the LORD said unto her (Rebecca), Two nations are in thy womb, and two manner of people shall be separated from thy bowels; and the one people shall be stronger than the other people; and the elder shall serve the younger. And when her days to be delivered were fulfilled, behold, there were twins in her womb. And the first came out red, all over like an hairy garment; and they called his name Esau. (Genesis 25:23-25)

Esau, although older, was not to be of the line of the promised seed, but his younger brother Jacob was of the promised seed. Here again Paul backs up his line of argument with direct reference to the Old Testament. Paul also makes reference to a statement from Malachi 1, in writing in Romans 9:13, “ As it is written, Jacob have I loved, but Esau have I hated.” In Malachi we read:

I have loved you, saith the LORD. Yet ye say, Wherein hast thou loved us? Was not Esau Jacob's brother? saith the LORD: yet I loved Jacob, And I hated Esau, and laid his mountains and his heritage waste for the dragons of the wilderness. (Malachi 1:1-3)

If we feel that this might be unjust, the Apostle Paul makes it clear that Yahweh is merciful but he is also the supreme power. Paul then returns to the words of Yahweh revealed to Moses in Exodus 33. (Romans 9:15).

And the LORD said unto Moses, I will do this thing also that thou hast spoken: for thou hast found grace in my sight, and I know thee by name. And he said, I beseech thee, show me thy glory. And he said, I will make all my goodness pass before thee, and I will proclaim the name of the LORD before thee; and will be gracious to whom I will be gracious, and will show mercy on whom I will show mercy.(Exodus 33:17-19)

Paul makes another reference to Exodus from Exodus 9:16. This again stresses Yahweh's great power and that he can use people and nations to achieve his purpose. and this is expressed in the important phrase, “that my name might be declared throughout all the earth”

For the scripture saith unto Pharaoh, Even for this same purpose have I raised thee up, that I might show my power in thee, and that my name might be declared throughout all the earth. (Romans 9:17)

Although not mentioned by Paul, we also note here that the prophet Daniel told us that Yahweh can appoint and remove the rulers of the nations. Yahweh is all powerful.

Daniel answered and said, Blessed be the name of God for ever and ever: for wisdom and might are his: And he changes the times and the seasons: he removes kings, and sets up kings: he gives wisdom unto the wise, and knowledge to them that know understanding:(Daniel2:20-21)

From Romans 9:20 through to Romans 9:29 the Apostle Paul quotes from the writings of the prophets Isaiah and Hosea. Those quotations are listed below so that we can follow the reasoning and proofs that Paul present.

The Old Testement points forward to the Gentiles' Salvation

Paul refers to Isaiah's image of the Creator as the potter who makes or destroys the vessel. He is pointing out that Yahweh can choose whoever he wills and he opened the way of salvation to the Gentiles as well as the Jews. The time had come for those who had not been the chosen people to be called. (Romans 9: 21-24). Paul refers to Isaiah 45.

Drop down, ye heavens, from above, and let the skies pour down righteousness: let the earth open, and let them bring forth salvation, and let righteousness spring up together; I the LORD have created it. Woe unto him that strives with his Maker! Let the potsherd strive with the potsherds of the earth. Shall the clay say to him that fashioned it, What makest thou? or thy work, He has no hands? (Isaiah 45:8-9)

From Romans 9:25-26 we see Paul gaining verification for his position that the Gentiles were to be included in the promised plan of salvation from the prophecy of Hosea. There would be a time when the Gentiles became the sons of the living God, that the children of Judah and Israel would be gathered together under the one head.

A remnant of Israel would be saved as prophesied by Isaiah. (Romans 9:27-29) The faith which was displayed by Abraham was needed. In this the majority of the Jews had failed attempting to live by their laws and by their righteousness. The Jewish religious leadership had rejected their Messiah because of their blindness, but still a remnant of Israel would be saved. “The remnant shall return, even the remnant of Jacob, unto the mighty God.”

And it shall come to pass in that day, that the remnant of Israel, and such as are escaped of the house of Jacob, shall no more again stay upon him that smote them; but shall stay upon the LORD, the Holy One of Israel, in truth. The remnant shall return, even the remnant of Jacob, unto the mighty God. For though thy people Israel be as the sand of the sea, yet a remnant of them shall return: the consumption decreed shall overflow with righteousness. For the Lord GOD of hosts shall make a consumption, even determined, in the midst of all the land.(Isaiah 10:20-23)

The Apostle Paul in a few verses has shown the fundamentals of Yahweh's plan using the writings of the Old Testament. The seed of Abraham, the promised seed, was declared to be, by Yahweh's divine plan and his will, to come through Isaac and Jacob. The nation of Israel had failed through their disobedience, idolatry and rejection of Yahweh. However a remnant of the Jews would be saved and the hope of salvation extended to the Gentiles. A number of sources, all from the Old Testament, were used to support and confirm Paul's assertions. Paul refers to Yahweh's great power and that he works among rulers and nations so that ultimately his “name might be declared throughout all the earth.”

In about twenty verses the Apostle Paul has used six books of the Old Testament and about ten quotations. He uses the advice that he gives his readers in many places. He tries to prove and support his argument and lets the scriptures speak to us. He believes, as seen by this extract from Romans 9, that knowledge of the writings and that to know the works of Moses, the Psalms and the prophets is essential. He demonstrates this in his approach to his own writings.

What importance should we likewise place on his method in our own approach to an understanding of this most precious Book?

The Bible abounds with evidence for its own truthfulness. This is where one section of text casually mentions a fact that corroborates another section of text, sometimes from a different writer. The references to Cilicia are a case in point.