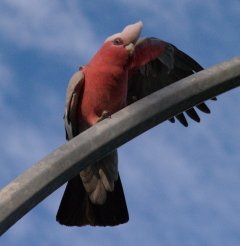 The Old Testament makes very clear the power of the Creator, Yahweh, and His relationship to mankind. When we turn to the New Testament, expressions such as the LORD God (Yahweh Elohim) or God (El, the mighty one) and the titles of the Deity are lost or obscured. The general term 'God' takes over from the fine distinctions used in the Hebrew. The majesty and power of Yahweh can thus be obscured in the reading of the New Testament. Many people then who rely almost solely on the New Testament miss out on the understanding which the faithful of Israel had of their Creator.

The following are some quotations from the New Testament that reveal aspects of the character of Yahweh.

The epistles to Timothy capture some of the beauty of the Old Testament writers. There is reference to the glory and honour due to Yahweh, who is powerful, immortal and dwelling in light unapproachable.

Now unto the King eternal, immortal, invisible, the only wise God, be honour and glory for ever and ever. Amen. (1Timothy 1:17)

That you keep this commandment without spot, unrebukeable, until the appearing of our Lord Jesus Christ: Which in his times he shall show, who is the blessed and only Potentate, the King of kings, and Lord of lords; Who only has immortality, dwelling in the light which no man can approach unto; whom no man has seen, nor can see: to whom be honour and power everlasting. Amen. (1 Timothy 6: 14-16)

Jude speaks of Yahweh as our saviour. To him we must ascribe wisdom, glory. majesty, dominion and power.

Now unto him that is able to keep you from falling, and to present you faultless before the presence of his glory with exceeding joy, To the only wise God our Saviour, be glory and majesty, dominion and power, both now and ever. Amen. (Jude 24-25)

Paul writing to the Romans explains that through the work and obedience of his son Yeshua (Jesus Christ), Yahweh's gospel of salvation has been made known to all nations.

Now to him that is of power to establish you according to my gospel, and the preaching of Jesus Christ, according to the revelation of the mystery, which was kept secret since the world began, But now is made manifest, and by the scriptures of the prophets, according to the commandment of the everlasting God, made known to all nations for the obedience of faith: To God only wise, be glory through Jesus Christ for ever. Amen. (Romans 16:25-27)

And they worshipped him, and returned to Jerusalem with great joy: And were continually in the temple, praising and blessing God. Amen. (Luke 24:52-53)

Peter advises any who would be teachers that they should speak the words of Yahweh, so that Yahweh may be glorified. The words of Yahweh are in great detail in the old Testament and Peter believes that it is very important that those who teach should become familiar with these.

If any man speak, let him speak as the oracles of God; if any man minister, let him do it as of the ability which God gives: that God in all things may be glorified through Jesus Christ, to whom be praise and dominion for ever and ever. Amen. (I Peter 4:11)

The book Hebrews emphasises that Yahweh is a God of peace. 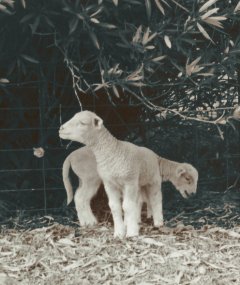 Now the God of peace, that brought again from the dead our Lord Jesus, that great shepherd of the sheep, through the blood of the everlasting covenant, Make you perfect in every good work to do his will, working in you that which is well pleasing in his sight, through Jesus Christ; to whom be glory for ever and ever. Amen. (Hebrews 13: 20-21)

Yeshua is the son of the Highest and Yahweh will give him the throne of David and he will rule in God's Kingdom. It is clearly established in the New Testament that Yeshua is the Messiah, the promised Son of God and Yahweh is all powerful and his plans will be achieved.

And the angel said unto her, Fear not, Mary: for you have found favour with God. And, behold, you shall conceive in your womb, and bring forth a son, and shall call his name JESUS. He shall be great, and shall be called the Son of the Highest: and the Lord God shall give unto him the throne of his father David: And he shall reign over the house of Jacob for ever; and of his kingdom there shall be no end. (Luke 1: 30-33)

Simeon recognised the baby Yeshua as the Son of God (Yahweh) and he praised Yahweh through whom salvation would come, not only to the nation of Israel but also to the nations, the Gentiles.

Then took he him up in his arms, and blessed God, and said, Lord, now let thou thy servant depart in peace, according to thy word: For my eyes have seen your salvation, Which you have prepared before the face of all people; A light to lighten the Gentiles, and the glory of your people Israel.(Luke 2:28-32)

The Apostle John refers to Yahweh as merciful and loving.

Grace be with you, mercy, and peace, from God the Father, and from the Lord Jesus Christ, the Son of the Father, in truth and love. (2 John 1:3)

In Hebrews we are shown that it is Yahweh who provides for our needs and bestows blessings. 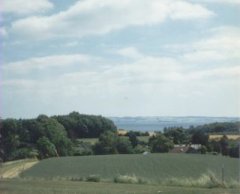 For the earth which drinks in the rain that comes oft upon it, and brings forth herbs meet for them by whom it is dressed, receives blessing from God: (Hebrews 6:7)

In summary, in the New Testament we see aspects of Yahweh's character, but it is probably the Old Testament which shows the reverence of the faithful of Israel towards the Creator. If we turn to the words of such men as Moses and David, we begin to see the depth of their faith and dedication to Yahweh.

Mary, the mother of our Lord is often so vernated, she is not understood as a real person and therefore her influence as a great example is lost. When we are told that Jesus 'grew and waxed strong in spirit, filled with wisdom' (Luke 2:40), we might think of, “the words of king Lemuel, the prophecy that his mother taught him.” (Proverbs 31:1 cp 29:15), and psalm 22, “thou did make me to hope when I was upon my mother's breasts”