1) Grafted into the Fig Tree 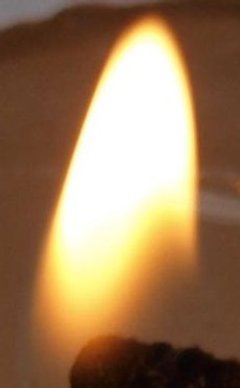 In Romans 11, Paul explains the relationship of Jews and Gentiles, their interdependence and the one hope by which they are bound. Although Paul was the apostle to the Gentiles, he begins this chapter by saying that the nation of Israel had not been forsaken. Paul records that at the time of Elijah, when Elijah felt so alone in his dealings with Israel, Yahweh declared that there were seven thousand faithful of the nation who were not worshipping Baal.

I say then, Has God cast away his people? God forbid. For I also am an Israelite, of the seed of Abraham, of the tribe of Benjamin. God has not cast away his people which he foreknew. Wot ye not what the scripture said of Elias? how he made intercession to God against Israel, saying, Lord, they have killed thy prophets, and digged down thine altars; and I am left alone, and they seek my life.

But what said the answer of God unto him? I have reserved to myself seven thousand men, who have not bowed the knee to the image of Baal. (Romans 11:1-4)

It may have been assumed that the Jews had been totally abandoned, and replaced by the Gentiles. Paul however states that some Israelites were faithful and among those of the 'election of grace', that is, of those who believed in the Messiah, Y'shua (Jesus) and had accepted him as the Saviour of Israel. The first Christians were Jews. The Apostles were Jews. The failing of the nation of Israel had opened the door of salvation formally to the Gentiles. Paul also shows in the following verses that David had seen that this would happen.

And David (Psalm 69) said, Let their table be made a snare, and a trap, and a stumblingblock, and a recompence unto them: Let their eyes be darkened, that they may not see, and bow down their back always. I say then, Have they stumbled that they should fall? God forbid: but rather through their fall salvation is come unto the Gentiles, for to provoke them to jealousy. ( Romans 11:7-11)

If by any means I may provoke to emulation them which are my flesh, and might save some of them. For if the casting away of them be the reconciling of the world, what shall the receiving of them be, but life from the dead? For if the firstfruit be holy, the lump is also holy: and if the root be holy, so are the branches (Romans 11: 14-16)

In fact those natural branches, the Jews, could be grafted in again. We have then a vision of the tree bearing the two types of branches, Jew and Gentile. 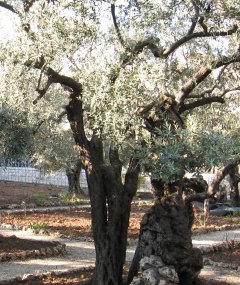 Paul's comment about when the “fullness of the Gentiles be come in,” is explained in the gospel of Luke, which clearly states when this time will occur. Luke 21:24 states “And they(ie Israel) shall fall by the edge of the sword, and shall be led away captive into all nations: and Jerusalem shall be trodden down of the Gentiles, until the times of the Gentiles be fulfilled.” Paul continues to develop the symbol of grafting in relation to the interdependence of Jews and Gentiles and the hope of salvation.

Behold therefore the goodness and severity of God: on them which fell, severity; but toward thee, goodness, if thou continue in his goodness: otherwise thou also shall be cut off. And they also, if they abide not still in unbelief, shall be grafted in: for God is able to graft them in again.

For if thou were cut out of the olive tree which is wild by nature, and were grafted contrary to nature into a good olive tree: how much more shall these, which be the natural branches, be grafted into their own olive tree? For I would not, brethren, that ye should be ignorant of this mystery, lest ye should be wise in your own conceits; that blindness in part is happened to Israel, until the fullness of the Gentiles be come in. (Romans 11:22-25)

As shown in Luke 21:24 above, “Jerusalem shall be trodden down of the Gentiles, until the times of the Gentiles be fulfilled.” In 1967 Jerusalem was once again a Jewish city and the time of the Gentiles was “fulfilled”. From 1967 onwards there has been a continual and ever increasing eroding of Christian principles. The basic ten commandments and standards of morality of the Bible are now longer respected or obeyed and in fact in many cases repudiated.

We would expect now that many Israelites will turn again to Yahweh Elohim, search their scriptures and their prophets and seek the coming of their Messiah. There is evidence on the mountains of Israel that this is now happening. The apostle Paul continues and states that the Deliverer, that is the Messiah, “shall come out of Zion”. The reason is also given. A covenant, the promises to the Patriarchs of Israel, must be fulfilled. This Messiah is the same deliverer and saviour of the faithful Christian. Paul concludes this chapter with the blessing that is promised to the faithful of both Jew and Gentile.

And so all Israel shall be saved: as it is written, There shall come out of Zion the Deliverer, and shall turn away ungodliness from Jacob: For this is my covenant unto them, when I shall take away their sins... For as ye in times past have not believed God, yet have now obtained mercy through their unbelief: Even so have these also now not believed, that through your mercy they also may obtain mercy. For God has concluded them all in unbelief, that he might have mercy upon all.

O the depth of the riches both of the wisdom and knowledge of God! how unsearchable are his judgements, and his ways past finding out! (Romans 26-27, 30-33)

NEXT PAGE... Light to lighten the Gentiles
Pages: 1 2