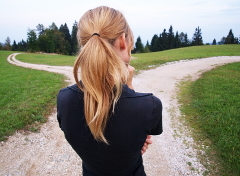 Recently I was reading Paul's speech to the Athenians on Mars' hill, and noted that it was timeless. The speech was and is still relevant, from fundamentals of life to the day appointed for judgement.

The great relevance of Paul's speech is founded in the fact that he knew he was speaking to those who had very little knowledge of the Torah and Prophets, and no knowledge of the God of the Bible. Paul declares first a great overarching power.

God that made the world and all things therein, seeing that he is Lord of heaven and earth, dwells not in temples made with hands; Neither is worshipped with men's hands, as though he needed any thing, seeing he giveth to all life, and breath, and all things; And has made of one blood all nations of men for to dwell on all the face of the earth, and has determined the times before appointed, and the bounds of their habitation; (Acts 17:24-26)

He be not far from every one of us: For in him we live, and move, and have our being; as certain also of your own poets have said, For we are also his offspring. (Acts 17:27-28)

Forasmuch then as we are the offspring of God, we ought not to think that the Godhead is like unto gold, or silver, or stone, graven by art and man's device. (Act 17:29)

Nothing can come from nothing and as humans exist we must spring from something greater, at the very least of equality as it is an impossibility we came from lesser.

This is the key point, and modern science falls still on this very point: it cannot deny the great Law of Biogenesis, that no life can come without life. It is known that the precise form of life is coded in the DNA from inception and conception of life. No life of any sort can arise without that coding being in place. The greatness of human life, mercy, law and abstract thinking of the infinite did not arise from nothing, or from something lesser. Even the pagans and godless know that they have ancestry from a form of life at the beginning.

Paul builds on the logic of ancestry from a Life to then make a claim that the origin of all life, the father of all living, the sustainer of all life wants people to turn from worshipping the lesser things they make, the artefacts of their own thinking, and serve him.

And the times of this ignorance God winked at; but now commands all men every where to repent: Because he has appointed a day, in the which he will judge the world in righteousness by that man whom he has ordained; whereof he has given assurance unto all men, in that he has raised him from the dead. (Acts 17:30-31)

As soon as they hear the resurrection of the dead, many people would now mock as it was recorded they did that day on Mars' Hill in Athens. Paul who had sought himself to wipe out any witnesses of the resurrection knew by experience that a man had been raised from the dead to eternal life. He also notes there were above 500 witnesses (1 Corinthians 15).

Now after nearly two thousand years of delay some may mock that delay, as they possibly were already doing in the days of Peter, but certainly it was expected that people would mock the delay;

Knowing this first, that there shall come in the last days scoffers, walking after their own lusts, saying, “Where is the promise of his coming? for since the fathers fell asleep, all things continue as they were from the beginning of the creation.” (2Peter 3:3-4)

There is a tension fundamental to true Christianity, that of the call to repent for the day of Judgement and the ever increasing delay of that day of Judgement. Paul did not say which day he said God had appointed the day.

So let us cover the logic

Can it be denied that human life has an origin in a greater life? Does any understand how life day to day today is sustained?

Can the record we have of Paul's witness of a resurrection from the dead by Jesus (Hebrew Y'shua) of Nazareth be dis-proven? It may be mocked, many attempts may be made to denigrate the documents recording it, but it cannot be dis-proven. Many people may believe a lie, so sheer numbers of early converts may not be the strongest argument, but Paul relied in his witness on the balance of evidence for the pattern of the resurrected suffering servant in the Hebrew prophets.

Can the claim that there will be a day of judgement be dis-proven? They still dig up new things in Pompei, which had written on the walls Sodom and Gomorra. Until the day come there is the tension of the expectation of the day.

In modern life the precautionary principle is often touted. For those who mock and pass on from Paul, what do they have beyond the devices of their hands? For those who repent there is the promise of eternal life. Paul's point is that from that time forth as the gospel goes to all the world, it is required that they make a choice and they will be held to account, and some are held to account in this life.

Some men's sins are open beforehand, going before to judgment; and some men they follow after. (1Timothy 5:24)

If so, then that day on Mars Hill in Athens and every day since has been the day of opportunity.

While it is said, To day if ye will hear his voice, harden not your hearts, as in the provocation. (Hebrews 3:15)

On the 'today' long ago, that day in Athens Paul said in God we live and move and have our being. Paul has not been proven wrong, rather the more that is found the greater a mystery life itself is. The more they seek to live forever the more they find the limits, as

Behold, the eye of the LORD is upon them that fear him, upon them that hope in his mercy; To deliver their soul from death, and to keep them alive in famine. (Psalm 33:18-19)

Many Christians today miss Paul's message - Because we live 'in God' we are manifest to him, we cannot hide. Now there is no excuse. Paul knew that the day of Judgement will be terrible, and he warned people.

For we must all appear before the judgment seat of Christ; that every one may receive the things done in his body, according to that he has done, whether it be good or bad. Knowing therefore the terror of the Lord, we persuade men; but we are made manifest unto God; and I trust also are made manifest in your consciences. (2Cor 5:10-11)

The day of Judgement will be terrible. The outcome of the appointed day of the future is determined by what we do today.

In addition when the specific day appointed comes, the terror Paul speaks of will no longer be in doubt, as a prediction that may be mocked but it will be present reality. What terror was Paul speaking of and what did he know?

This is one among many of Paul's sources in the Hebrew prophets for the coming day of terror. Those on Mars Hill in Athens may have mocked Paul, but they did not think to disprove the predicted trajectory of national events until the day appointed, set out in Hebrew prophets, which included the rise of Rome. The power of Athens has now long departed. The power of Jerusalem has returned. As those of Athens mocked the idea that a man may rise from the dead, the modern world saw a nation rise from the dead.

For it is the day of the LORD'S vengeance, and the year of recompences for the controversy of Zion. (Isaiah 34:8)

The burden of the word of the LORD for Israel, saith the LORD, which stretcheth forth the heavens, and layeth the foundation of the earth, and formeth the spirit of man within him. Behold, I will make Jerusalem a cup of trembling unto all the people round about, when they shall be in the siege both against Judah and against Jerusalem. And in that day will I make Jerusalem a burdensome stone for all people: all that burden themselves with it shall be cut in pieces, though all the people of the earth be gathered together against it. (Zechariah 12:1-3)

As Paul wrote to the Romans, the appointed day of judgement has a glorious and all encompassing purpose; to remove all ungodliness.

And so all Israel shall be saved: as it is written, There shall come out of Sion the Deliverer, and shall turn away ungodliness from Jacob: (Romans 11:26)

Modern apostate christianity tries to avoid Paul's simple message. There is a choice: either we and all the world repent and remove ungodliness from ourselves in the assurance of Christ's resurrection or we are destroyed utterly and eternally in that day appointed for a global resurrection for judgement. How do we know? We have the undeniable witness of creation in heaven and earth!

I call heaven and earth to record this day against you, that I have set before you life and death, blessing and cursing: therefore choose life, that both thou and thy seed may live: (Deuteronomy 30:19)<