The Ark of the Covenant

1) The Ark and the Tabernacle 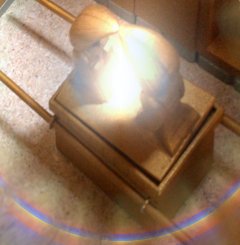 While reading through Chronicles, Kings and Samuel I became intrigued about what had happened to the Ark of the Covenant and the Tabernacle.  When the Israelites first came into the Promised Land under Joshua the Tabernacle was set up in Shiloh (meaning tranquil, peace) (Joshua 18:1).  Geographically, Shiloh was located on a hill in the tribe of Ephraim.  It was approximately fifteen miles north of Jerusalem.  At the birth of the prophet Samuel, the Ark and Tabernacle were still located in Shiloh (1 Samuel 1:3 & 4:4).

Some questions that this raises are:

Why is the Ark outside the Tabernacle?

Why had the Tabernacle been removed from Shiloh to Gibeon?

Why did David want to build a Temple in Jerusalem when the Tabernacle was already at Gibeon?

What spiritual lessons can we learn from this and apply to ourselves?

We will consider the Ark 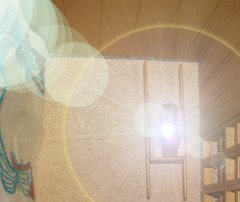 The Ark had great spiritual significance as it was the place where God would meet and commune with Israel (Exodus 25: 20-22).  It contained the Ten Commandments and was placed under the Cheribum and Mercy Seat within the Most Holy Place.  A veil separated the Ark from the remainder of the Tabernacle (Exodus 26:33) and only the High Priest and his sons were to enter into the Most Holy Place.

So why had the Ark been removed from the Most Holy Place?  In 1 Samuel 4:3 the Israelites are fighting the Philistines and the battle is not going well.  They decide to bring the Ark to the battle in the hope that God will now be with them and bring them victory.  The Philistines had heard of the battles of God and were frightened by this (1 Samuel 4:7).  They had some incorrect understanding of history, for example they think that the Egyptians were smitten with plagues in the wilderness, but they realised that the God of Israel was to be feared.

The Israelites had some understanding of the significance of the Ark in battle.  In Numbers 10:25 the Ark travelled ahead of the Israelites and Moses said “Rise up LORD and let your enemies be scattered and let them that hate you flee before you”.  The Ark was used in the battle of Jericho.  For seven days the Ark had been taken around the perimeter of the city (Joshua 6:4) and on the seventh day Jericho fell to Israel.

It is clear from the account in 1 Samuel 4:10-11 that God was not with Israel, despite the Ark being present.  The reason is that the sons of Eli, Hophni and Phinehas were abhorrent in the sight of God and God had promised Eli many years earlier that He would judge Eli’s house and take the Priesthood away from them (1 Samuel 2:27-36). 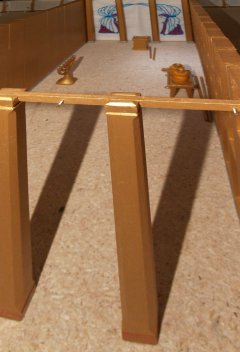 There are two spiritual lessons that we can learn from this.  The first is that specific items of “religion” or “spirituality” cannot be used to gain us salvation if our heart is not with God.  It makes no difference how many Bibles, symbols or crosses we carry or wear, unless we are following God’s commandments we will not be able to save ourselves in trouble.  In this instance God has even used the Ark in defeat to show that Hophni and Phinehas have no part in service to Him.  The second lesson is that God will judge us and that vengeance belongs to Him (Hebrews 10:30 & Deuteronomy 32:35-41).  We cannot think that we will be allowed to “get away” with perverse behaviour.

The Ark is representative of where we meet with God.  Once the Ark is returned to Israel God does not allow Israel to forget this.  The people of Bethshemesh were smitten because they looked into the Ark (1 Samuel 6:19), and Uzza was smitten as he tried to stop the Ark falling as it was carried on oxen (1 Chronicles 13:10).  These acts should give us an indication of how we meet with God.  He does not allow us to treat Him with familiarity, contempt or slovenly behaviour.  King David was to discover this at another incident – the threshing floor of Ornan the Jebusite, which became the new Temple site in Jerusalem.  This will be looked at in more detail later.

The Ark remains in Kirjath jearim until it is removed by David (1 Chronicles 13:5).  During this time why was it not returned to the Tabernacle?  Surely this would have been the appropriate place for it.  The first evidence is that Israel appears to be in great fear of the Ark.  Given what happened to the people of Ashdod and Bethshemesh it is seen as being a source of death to those that treat it lightly.  Most people will prefer to remove anything related to God far away from them if it prevents them doing what they want to do.  The second evidence is that Israel had departed from serving God and had little interest in what happened to the Ark (1 Samuel 7:3).  The third evidence is that the priesthood under Eli had become corrupt and God was going to remove them from their role in the priesthood (1 Samuel 2:30-32). From a practical point of view a new priesthood needed to be established which would come from the line of Zadok (established under King David) (1 Chronicles 16:39).  This shows us that there is no “right” to salvation, rather we gain or lose it by our faith and works.  Being a Priest or belonging to the “Church” does not guarantee us that we will gain salvation.

For more see Law of Moses